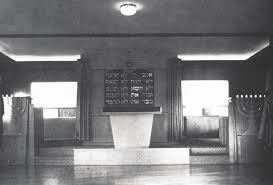 1969: Original Building – The Holy Ark.
Light coming in windows on sides of the Ark

The history of our synagogue is fascinating. It begins in Europe as waves of Jewish immigrants moved and settled into Ontario.  In 1912 Morris Burke left Romania, met and married Rose in Toronto and settled in Oakville in 1922. Also in 1912, Michael  Brown (Marcos Zuckerman) left Bukovina and married Becky in Toronto and settled in Oakville in 1923. The two women, both pregnant, met at a baby clinic in town and the idea of a Jewish congregation was “conceived” with great optimism and community spirit.

1955. The Oakville-Trafalgar Jewish Community Centre was founded, beginning with 15 families that met in people’s homes and temporary quarters. They set up religious instruction for the children. They affiliated with the international conservative movement of Judaism called the United Synagogues of America.

1958. The time had come to purchase land and build a synagogue. They looked at the former Morrison Farm, a large peice of land that had recently been subdivided into 5 acre lots. The Jensen family of the Salvation Army bought one plot and sold a part of it to the OTJCC. The original building was quite modest (see photos) as donations slowly came in and most materials for construction were donated. The synagogue was renamed Beth El Congregation (The House of God). 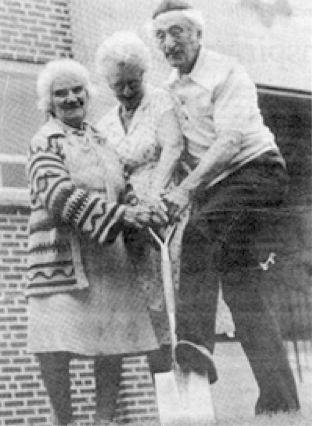 1974. Rabbi Nathan Leiberman joins the synagogue in the 1970’s. The congregation begins to lose some momentum, as some families move away, the congregation downsizes to 75 and then 17 families by the end of the decade. Beth El maintains its communal presence with weekly bingo’s at the Galaxy Club.

1981. Beth El begins discussions with the Burlington Jewish Community regarding a merger. Rabbi Eddie Goldfarb facilitates the discussion, which includes the location of the building, the religious denomination and the combining of funds. In the end the two groups came together to form Shaarei-Beth El Congregation of Halton, and were affiliated with both the Conservative and Reform movements of Judaism.

1985. With the newly formed synagogue growing in size, SBE breaks ground on a new 5,000 square foot expansion with room for 250 in the sanctuary, updated kitchen and bathroom facilities and offices. Floods and rising costs moved the opening into 1986 but the new building was a joy for all the congregants to see and use.

1994. While SBE always had a wonderful volunteer choir, it was supplemented in this year with a cantorial specialist for added musical repertoire. The school grew to 100 students and began using a public school on Sunday mornings. 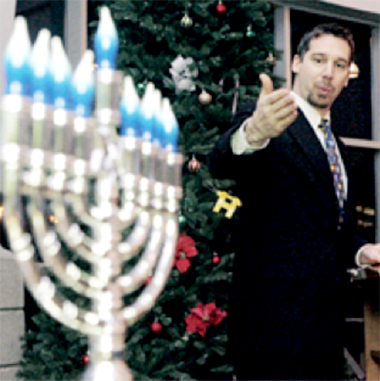 2001: Rabbi Paul Sidlofsky was hired as the new full time Rabbi. 9/11 impacted the community in many ways but most significantly in the formation of the Interfaith Council of Halton, co-chaired by our Rabbi.

2007: Rabbi Stephen Wise was hired by the congregation, bringing new energy, interfaith leadership and communal involvement. Our social action projects look outward into the community with food drives for the Fareshare Food Bank, visiting senior homes, making lunches for Kerr St. Mission after-school programs, fundraising for cancer research and in 2010 helping to build a home with Habitat for Humanity.

2009: The congregation has grown to over 120 families serving all of Halton, including families from Grimsby, Hamilton, Peel Region and Toronto. SBE celebrates its first communal Channukah lighting with over 200 people at the Halton Regional Headquarters and the first candle is lit by Regional Chair Gary Carr.

2020: Our congregation celebrates two milestones, Cheryl Wise on her 10th year as our educator and Rabbi Wise on his 13th“Bar Mitzvah” year.

This article was written by Stan Smurlick Sept.21, 2010 – (updated with permission)