OUR APPEAL TO CANADIANS: Stand with the Jewish Community in the Face of Antisemitism

The past month has been extremely difficult for Canadian Jews. We have witnessed Jewish businesses boycotted, Jewish organizations targeted, Jewish students intimidated, and Jewish citizens assaulted, all ostensibly triggered by the recent conflict between Hamas, an organization long recognized by Canada as a terrorist entity, and Israel.

What is most frightening is not the brazen assaults, vandalism and harassment our community has endured – as terrible as they have been – but the reluctance of many Canadians to stand in solidarity with their fellow citizens who are under attack.

Antisemitism, especially in its modern guise of anti-Zionism, is not simply an issue of masked extremists who beat Jews and destroy their property. It is also an issue of some of our society’s most esteemed institutions – universities, school boards, political parties, unions, the media – ignoring Jew hatred, and in so doing, providing cover for it.

“Anti-Zionists” claim they are not antisemitic, that they are merely criticizing Israel and its supporters. This argument is false.

We call on our fellow Canadians to stand up to antisemitism in all of its forms and to challenge it wherever and whenever it rears its ugly head.

Hate of any kind has no place in our country. 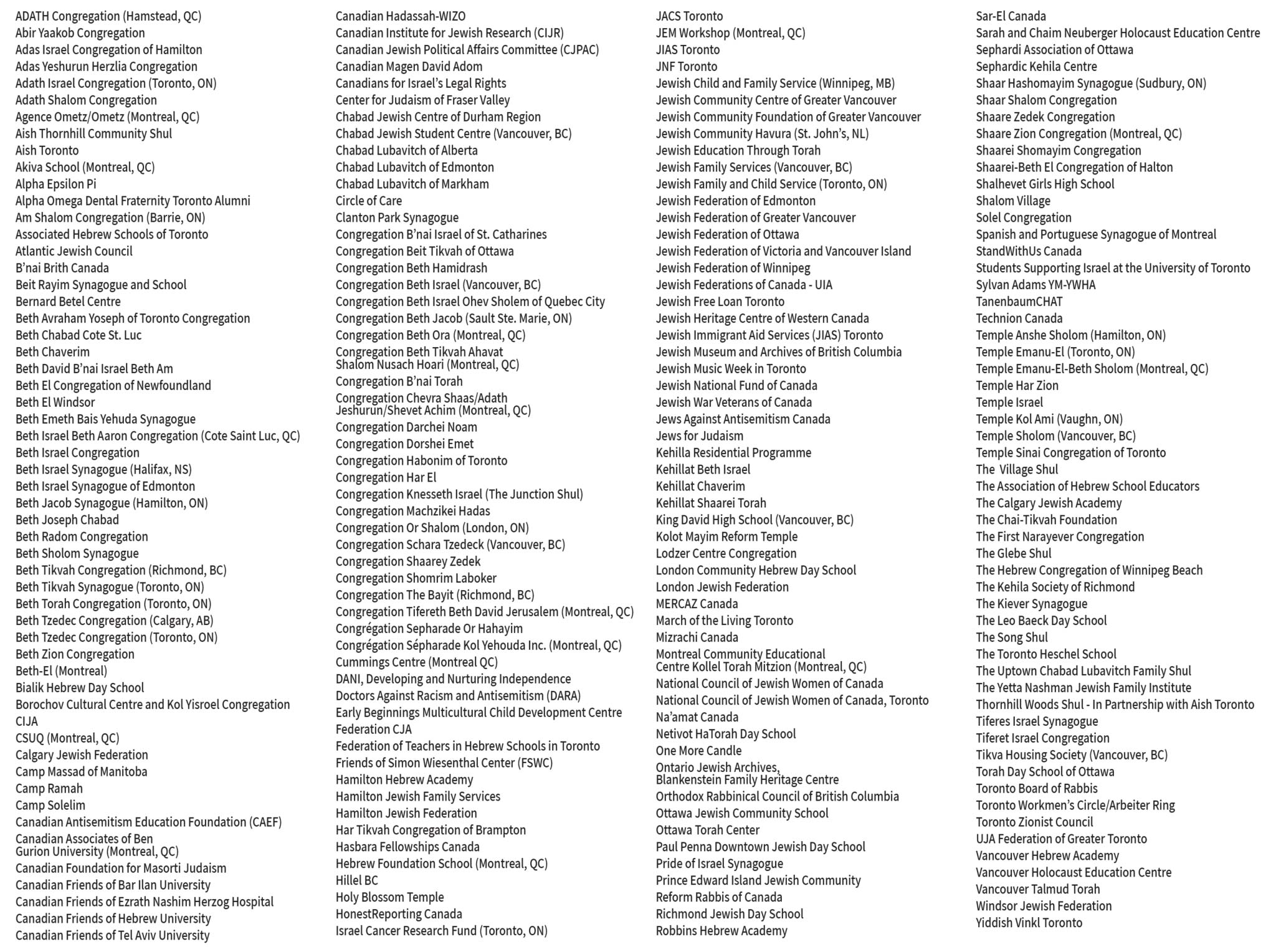